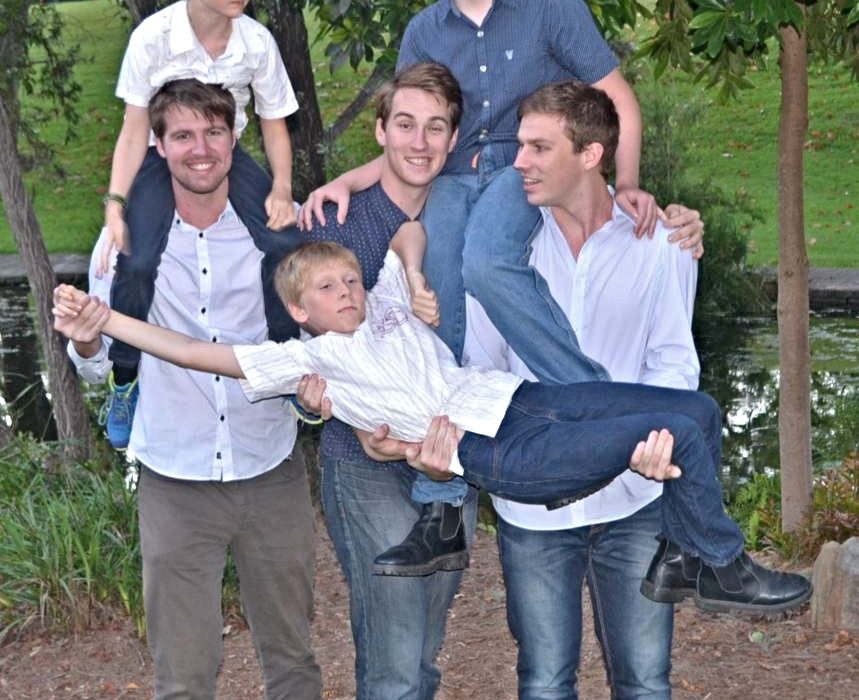 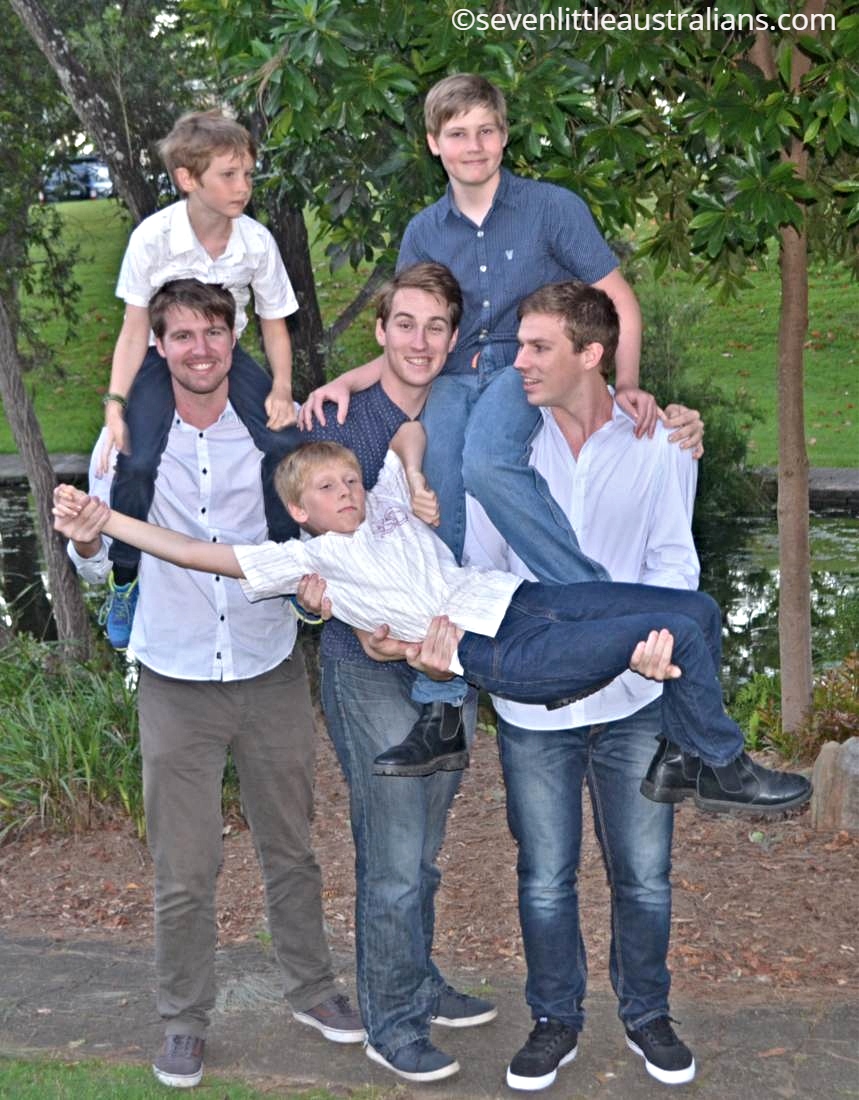 What an absolutely fantastic start to the year, the children have been enthusiastic, co-operative, greatly interested in their studies and have maintained a great work ethic 🙂  I was well organised this term, having created Unit Studies for the Summit Talk, so a major focus on Australian Studies is happening 🙂 Another tweak which we believe has made a major difference is our morning meetings. Each morning I meet with the children, we look at their ‘to do’ term sheets, which have been divided into weekly blocks, and THEY decide what they will do that day, this way they are part of the decision process. Obviously in regards to the younger children if the first child to meets decided they will do one of the group subjects that day; science, history, geography, faith, nature then that’s the subject they all will be doing. We also discuss what they did the previous day. Just this one tweak is making it all clearer to them and it’s easier to pick up on potential hot spots.

We read short bios and picture book of Sts John Bosco, Brigid and Agatha on their Feast Days and coloured pictures of them.

There has been an explosion of writing amongst the five younger children. It all began when Saxon watched the One Year Adventure Novel excitedly explaining to me how the instructor had him write the general rules down and then told him to scrunch the sheet and toss it. He has actually paused the DVD for now as much is referenced to LOTR and he hasn’t yet read it, so that’s his project at present. The children all became keen to join in the writing fun and thus the Great Writing Craze began, each day the children are writing for at least an hour a day! One day Ignatius wrote for three hours! For a child who hasn’t been keen to put pen to paper previously this is incredible!! Genevieve, Sebastian, Saxon and Ignatius are happily writing away, asking occasionally how to spell a word, either from me, their sisters or the phone. Siena dictates the sentence, I write, then she goes and copies. It’s incredible to see their story plots unfold and the vocabulary they are using, David and I are totally impressed, not only with the quality of writing but their dedication and enthusiasm.

Was pleased to manage some formal spelling lessons using AAS with; Saxon & Genevieve – 3 lessons, Sebastian – 5 lessons! and Siena – 1 lesson. Ignatius is learning plenty of spelling skills via his intense concentration on creative writing as are all the children.

Sebastian was eager to begin dictation and managed 3 lessons 🙂 He is doing quite well. I didn’t worry so much about the other boys due to their Creative Writing focus.

Mariah completed 3 exercises, she is excellent

Sebastian completed 7 lessons, Siena 5, they are both eager to be writing neatly and well. Just needing a few letter formation corrections but overall doing quite well. Other boys covered handwriting within Creative Writing outpourings.

Narrations are tied to our subject readings, so each day the children are meant to write a narration of their subject choice. They wrote nature and history narrations, managing 2-4 a child, discovering it wasn’t as difficult as they thought, progress!!

Mariah: Narration on Timmy and wrote a diary entry of To Kill a Mockingbird.

Genevieve: Wrote a huge narration on The Dog who Conquered a Continent by Jackie French. so impressed.

The children are marking on map where we ‘travel’ as we go around Australia. Genevieve, Siena and boys also spent hours using Geography software naming continents, countries and states

Mariah: capitals of Europe, Asia and Countries of world

Ignatius has set himself a goal, he wants to complete all of Grade 5 by term’s end!! Big ambition and he kicked off with 28 lessons!!! Sebastian started well and completed 11 lessons 🙂 And Siena was most keen to start Kindergarten and completed 7 lessons. This was the first time I’ve sat with her to do maths, only to discover she had already started last year (I thought she’d been just playing around) and she had most lessons correct from last year and had a good understanding of maths concepts.

Genevieve: 7 lessons!! Woo hoo, and we are finally off and back in the ‘race’

The boys and Siena were passionately engrossed in Artventure the first week back, producing stunning works of art, it was particularly heartening to see the boys work and ability as they haven’t been that interested before. Siena as always is quite talented

I had bought a new science experiment book that caught Siena’s interest, she began with making a balloon sink, making a piece of wood sink. This spurred the great boat design and test that has played out for the past two day.  The boys and Siena have spent hours designing and testing boats made from a variety of materials. It began with different styles made with paper, then the addition of balsa outriggers, then evolved to milk carton boats.  They’ve been testing them in the pool and adding marbles and  play people to see what weight is needed to make them sink.

Then the enjoyed other experiments involving water, detergent and bubbles. This has all been of their own initiation, I love it when they take control of their learning and it’s a natural part of their play.

Baby Bilby, where do you sleep? – Narelle Oliver

Stripes in the Forest – Aleesah Darlison

Can You Find Me? – Gordon Winch

The Only Ones I Left Behind – Sandra Kendell

The four younger children are using Are We There Yet? – by Alison Lester to ‘travel’ around Australia, we read the following

All the Way to WA – Roland Harvey

Jandamarra – Mark Greenwood – this book really effected Ignatius, he was horrified to realise the impact of the colonisation on the Indigenous peoples.

I was so excited to begin our Australian history focus, we are going to read a chapter from our core book then read corresponding fiction and non-fiction books. I’m unsure how long each chapter will take but likely at least 3 weeks each. First chapter was the Dreamtime and before white colonisation. Ignatius became fascinated with Dreamtime stories and delved deeper with any books he could find on the topic.

The Mark of the Wagarl – Lorna Little

Began reading Boori by Bill Scott to Genevieve and boys

Lasca and her Pups – Percy Trezise

The Tale of the Kangaroo and other Australian Stories

Wowie The River Monster and other Australian Stories

How the Kookaburra Got His Laugh – Aviva Layton

How the Echidna got His Quills

Dingo: The Dog who Conquered a Continent – Jackie French

We instituted a new practice, every hour after lunch all children were to read for an hour, finally we seem to have jump started the boys into focusing on their reading instead of racing off to other pursuits.

Mariah: Began To Kill a Mockingbird