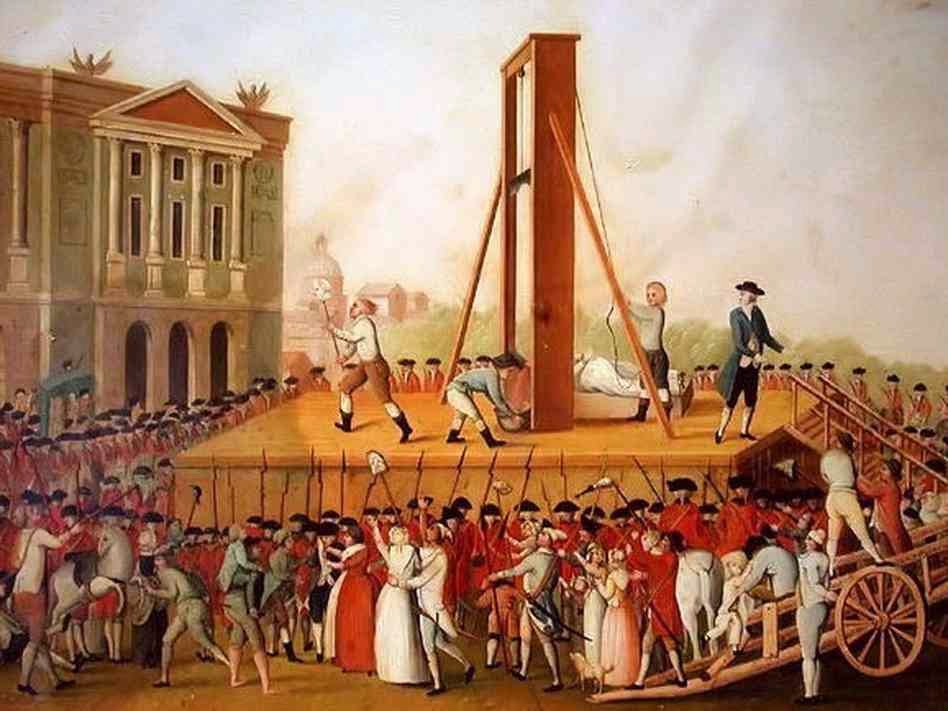 Malachi is studying the French Revolution, the following questions are for him to complete by study end.

• Write a description of the following characters and of the part they played in the French Revolution:
King Louis
Queen Marie Antoinette
Robespierre
Danton
Madame Roland
The Holy Father Pius VI

Narration:
• Write a narration of at least a page length on the ‘Song of the Scaffold’.

Choose one of the following and write at least a page:
• Write a “press release” on the capture of yet another noble. Give your ‘character’ a name, describe why he/she/they are ‘enemies’ of the state. And make it clear as to their fate.
• Imagine that you lived in Paris during 1789-1799. Write a diary of the main events writing as a young person living in that period.
• You are an Archbishop in France during the Revolution write a letter to the Holy Father telling him of your heartbreak, the disarray and the carnage in France.

Essay:
Write an essay on the question below using a Five Point Plan.
What were the causes of the French Revolution and what were some of the consequences?
• Paragraph1- Introduction (In three sentences you need to explain your topic. This should include a brief definition of the French Revolution and when and where it occurred.)
• Paragraph 2- In this paragraph briefly state and describe the reasons as to why the revolution occurred. Include the; political, social, economic and intellectual (The Enlightenment) factors.
• Paragraph 3- Describe some of the acts committed during the Reign of Terror
• Paragraph 4- Describe how the Church was affected during the Revolution.
• Paragraph 5- Conclusion. Sum up the original question including points from your three paragraphs.

Dramatisation:
Choose one of the following:
• Conduct a trial of Louis or Antoinette. (Use your siblings as characters, brief them on their parts)
• Dramatize (enact) a scene from the French Revolution period. It may be by the guillotine, or a denouncement, an escape from prison, or the overthrow of Robespierre.
• Write a play of a street scene in Paris during the Revolution as the carts rumble through on the way to the Scaffolds and dramatise it.