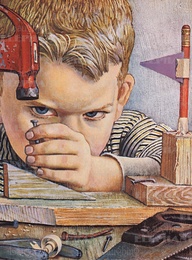 The past 4 weeks have been rather disrupted for one reason or another.  Week 5 we headed off to Wagga and the Christus Rex Pilgrimage, the following weeks we recuperated from our travels, settled in to work again and then the children became sick in tag team rotation and took ages to recuperate.  Despite all this we did manage to achieve and progress in some areas.

Reading Practice
A massive progress here.  We resurrected our reading worms and Genevieve and Saxon were totally motivated to read, the deal was to read 20 books and they would receive a packet of lollies.  Hours each day was devoted to reading and they have achieved their first 20 already!  Genevieve is so close to being an independent reader:)  being an older beginner reader though brings challenges in finding engaging books we have found a solution via simple picture books, Mem Fox is a big help here.

Picture Books
Finally getting back into therhytm of reading three books a day, finding bedtime a good way to ensure it happens. Didn’t keep a list but mostly we’re naturally on an Australian, Mem Fox and Faith picture book theme.

Faith
Girls and Saxon – a couple of chapters of St Pius X
Malachi – a massive effort from Malachi, he has spent hours reading ‘Triumph of Faith’ 36 chapters in total, at the end of each chapter he orally answers the questions.  He tells me his is revising old knowledge and adding to new.
Xavier – Read 4 chapters in Our Goals and our Guides.  Following up with checking biblical references.
He is also reading his Bible regularly.  Spiritual Read – St Philomena the Wonder Worker
Dominic – Nearly finished Understanding Scriptures!:) only 2 chapters to go.  Writing answers to chapter questions.

Copywork
Genevieve – Completed a whole page of copywork (startwrite), cried the entire time.  She has such neat writing although she does start some letters/numbers incorrectly.  Not sure what to do??
Malachi- He has nearly finished his copywork book but feels his speed needs improving.
Xavier – Printed the Divine Praises repeatedly to improve. Perhaps we should concentrate more on cursive?

Dictation
Rather inconsistent here, but we did achieve a few lessons.  Xavier’s spelling has definitely improved:)

Spelling
Mariah has started a new approach to spelling, she is using a textbook Spell Well. She is happier.  Alas I was very remiss in teaching AAS.

Writing
The older boys worked on writing an essay for Sr J about “To Kill a Mockingbird”.  Xavier’s especially was impressive!  He certainly has improved:):)
Genevieve – wrote a few more sentences for her ‘horse story’.
Mariah – An impressive effort, we are working toward compiling a family ‘magazine’ for distribution to relatives and Mariah has typed and edited her five favourite pieces already!!  Malachi has also begun and typed one.

Science
A massive effort from Xavier, in fact he spent hours devoted to science study watching the Periodic table videos, reading school ‘textbooks’ (old A Beka & Rod and Staff books found in shipping container) and watching Astronomy and Cosmology tuts on Kahn Academy.  Xavier is writing an essay on each of the elements, he has currently written 7!!!!!
Mariah- Typed an interesting ‘do you know’ question/answer fact sheet on volcanoes.
Dominic- Watching Kahn Academy tuts on Astronomy.

History
Mariah – read ‘Pony Express’. Notebook page on the Australian flag and states, included picture with brief info captions.
Xavier & Malachi – Read chapters from the ‘Russian Revolution’ book. Xavier also read information on the links I emailed him,  he has started answering the questions posed
Dominic working on assigned work for World War 1, he has been quite diligent, reading the books and answering the questions.