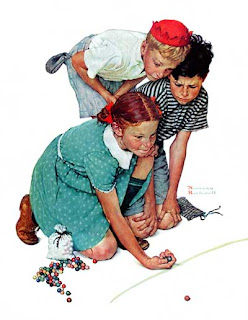 I thought it best to write up one week’s notes now,  as with the baby due in the coming week, all is uncertain.

Highlights
Spelling Wisdom
All are making good progress.  I decided to take Xavier back to the Beginning of Bk 2, he is far happier and improving!!
Phonics and Reading
A bit of a chaotic week regards working with G.  only managed a little reading.  S still keen on writing, he has been practising copying from the Hundreds and Phonics charts.
Family Read Aloud
Francie on the Run – Hilda Van Stockum
Only managed 1 chapter.
Individual Literature/St Reading
Lots of indiv. reading this week.
Mariah
In the Land of the Big Red Apple – Roger Lea MacBride (Little House)
Malachi
Viking Blood
a couple of Encyclopaedia Brown books
Ranger’s Apprentice Bks 5 & 6
Xavier
Eragon
Eldest
Brisinger
Dominic
Swords of Shannara – Terry Brooks
Still Reading
Clive Cussler
Chiara
Bible
Thinking Life Though series 3 by Bishop Fulton Sheen
The Smile of a Ragpicker by Paul Glynn
Charlotte Mason, Companion by Karen Andreola
Simon Peter the Fisherman by Kurt Frieberger
Picture Books
The week was so disjointed we didn’t manage to read any:(
Grammar
Steady progress for all.
Copywork
Moved Dominic to Bk 3, I’m not certain he is taking as much care. Mariah’s writing continues to be a pleaseure.
Literature Analysis
Windows to the World. Still didn’t get to this lesson this week.  I think we need to make this a priority Monday/Tuesdays.
Composition
Teens had lesson with Sister.
Writing Club for M & M; presented their ‘speech’ that had researched and taken notes for.
Presented their ‘Day in the Life of a Super Hero’.  wrote a story, they all had the same opening sentences, but such variety after that.
Faith
Read a number of F&L chapters to Malachi as he had managed to slip behind.  He still has paper work to catch up on.  Mariah doing well with her work.  Managed a couple of sections of  ‘My Jesus and I’ – Aloysius Heeg with G.
Monday Dominic and I delved into a deep and fascinating discussion during reading his Faith, Introduction to Catholicism, we talked about Original sin and the ‘unfairness’ of it.  Mortal Sin, and the Church’s Stance on marriage.  Some really indepth discussion.  Prompted by the Holy Spirit I pulled the CCC off the shelves and   was able to answer his questions.
History
Progress made by all.
Science
Computer work still been undertaken but slowed down somewhat.
Malachi, Mariah and Genevieve still enjoying experiments and note taking. (well perhaps not enjoying the note taking;)
Nature
Wonderland of Nature – M&M.
Maths
David worked with Dominic.  He still has a ways to go.  Steady effort by the other children, Maths Buddy  finally had Grade 1 available:)  Genevieve started with her program.  Began with hundreds chart, counting forwards and backwards by 10s and 1s. I was impressed with how well she picked up the computer skills needed.